A southbound KCS train stops at LaBarre Road in Metairie, LA to change crews. The filth in the parking lot that the KCS station wagon is parked in was pretty common in the New Orleans area. Model that!
​
With the NS crew in charge, we catch the train crossing the 17th Street Canal. This canal marks the boundary between Metairie and New Orleans.
KCS Baton Rouge Turn - West Yard - December 2, 1989

A trio of KCS GP30s are seen rolling through the KCS West Yard just outside of New Orleans at the beginning of their mostly nocturnal assignment on the Baton Rouge Turn.

The second scene is at LaBarre Road.
​The KCS bought 20 GP30s during 1962-63, and the last of these were taken out of service in 1990.  In their final years of operation, six of these were assigned to the diesel shop in New Orleans.  Three were used on the nightly turn to Baton Rouge, one each was used at Norco and Gramercy, and one was kept as a spare.

It is not seen in the video but I believe an NS crew swapped out with a KCS crew at LaBarre Road.

For the next scene we move to Shrewsbury Road. Here we see the KCS train pull past the switch at Shrewsbury Junction and then begin to back into the KCS West Yard. 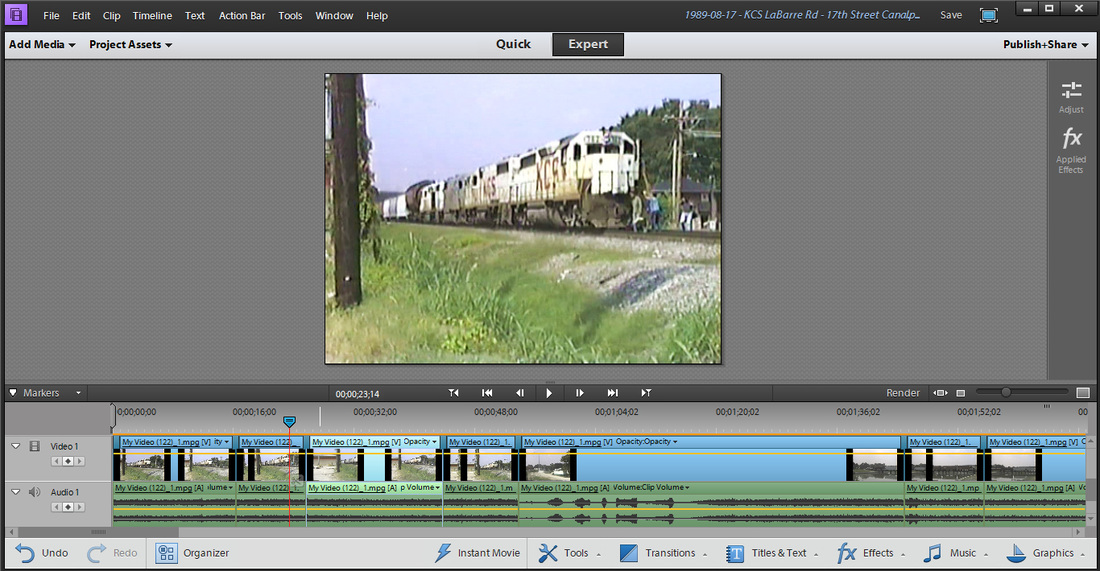