Chicagoland has always been a favorite place to visit for me. One of my early visits was on a trip with my family to attend the EMD open house in LaGrange, IL. We rode the Amtrak City of New Orleans to and from Chicago...even have some video to prove we rode in the dome cars.

Some friends showed us around Chicago, and for this event the city was crawling with railfans...everywhere. As I look at some of the footage I cringe at the sight of crowds on railroad property.

Our tour guide took us to an awesome location...the Burlington Northern Bridge over the IHB tracks at Congress Park, just east of the BN LaGrange Road depot. There must have been 30 people on this bridge.

Anyway, it was a different time and era...and this video is, I believe, my first Three-Way meet!
​A look at the Orin Line in the Wyoming Powder River Basin on June 20, 1990.  We start East of Donkey Creek an catch a pair of Burlington Northern empty coal trains headed for the mines.  Next we find a perch near Belle Ayr Mine where we see the Belle Ayr Helpers assist a loaded coal train out of Caballo Rojo Mine.  Intermodal hotshot train No. 91 makes an appearance there as well.  The we follow CNW C40-8 8507 southward from the old Antelope Siding to Reno, WY with some great sound and pace scenes.  Finally we catch some action around Black Thunder Junction and Reno as coal trains are shuffled into and out of the mines.
July 9, 1991 - Portland, Oregon - Burlington Northern Hostlers at Work.

My big simmer trip in 1991 was to attend the Santa Fe Modelers Organization convention in Bakersfield, CA. How to get there from New Orleans? Well we got Amtrak two zone passes and packed in the miles. Or route was from New Orleans to Chicago on No. 58, A layover in Chicago riding commuter trains powered by BN E-Units on the Aurora line, then Chicago to Portland, OR on No. 7/27, No. 11 to Oakland, and a San Joaquin to Bakersfield. After the convention it was an Amtrak Thruway bus to Los Angeles and then train No. 2 back home.

This video snippet was from this trip during the layover in Portland, OR. The BN diesel facility was next to the depot and the hostling activity was very fun to watch. The crews made good use of the turntable as they took apart inbound locomotive consists and built outbound consists.
​
This location is almost unrecognizable now as this diesel facility is long gone and condominiums now stand in its place. 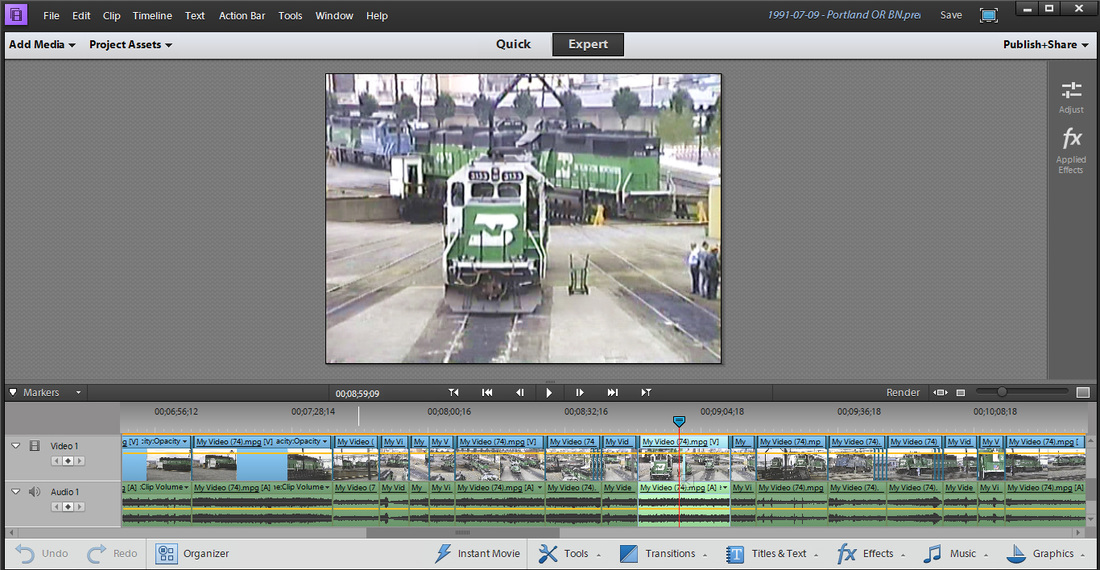