A northbound Illinois Central train with three rebuilt GP40s departs IC Mays Yard.  The crew can be seen having a pre-departure conversation with my father!
​
Interestingly Houston Belt and Terminal (HBT) SW1500 51 brings up the rear of this long manifest train!
FaceBook Thread
June 1993 - Illinois Central GP11 8745 is seen switching North Slidell, LA on the Shoreline Branch.
Southbound Illinois Central Memphis, TN to Baton Rouge, LA train MEBR rolls through McComb, MS with IC SD40-2 6129, IC SD40-2 6148, and 64 cars - 10-02-1994 - Video by Patricia Palmieri.
​I made a trip with Kurt Nastasi on March 11, 1995 to southern Mississippi in search of a DEGX coal train.  During this time the Daniel Electric Generation power plant near Escatawpa, Mississippi was doing a test burn of Powder River, WY coal being delivered via the Burlington Northern to the Illinois Central at Memphis, TN.  The Illinois Central handed the trains off to the Mississippi Export Railroad at Evanston, Mississippi for the final leg of the journey.

Our expedition began in Hattiesburg, Mississippi where we saw some action on both the Norfolk Southern and the Illinois Central.  We chased Illinois Central train JAMO southward to Evanton.  This train was running with three locomotives facing long-hood-forward because the lead unit (the only forward facing unit) derailed at Hattiesburg.

While BN powered coal trains were common in many parts of the country, this was an oddity in southern Mississippi.  The Powder River test-burn was short lived and the utility switched back to its Coloroado source with trains coming into Memphis via a DRGW/SP/UP routing.

We managed to get one more train at Evanston.  All IC powered UMOKM-11 with five locomotives wearing the "Death-Star" scheme pulled into Evanston at last light.

The day ended with a visit to Brookhaven, MS which is where, once upon a time, the East-West Mississippi Central crossed the IC mainline. We were rewarded with some great IC action.

First up was train JANA switching in the yard with IC SD40A 6013, IC SD40 6052 (Ex GM&O 902), and IC SD40-2 6111. JANA was the Jackson to Natchez turn and is seen on the return leg of its trip back to Jackson. The train kept the same symbol in both directions. Of interest is a large block of modified pulpwood flats on this train.

Next we catch southbound intermodal train I-01 with IC GP40's 3119, 3106, and 3134 in charge. There is a large block of manifest fill traffic ahead of the intermodal traffic. I think it was pretty common for manifest to fillout tonnage capacity on this train.

Finally train JAFE shows up with IC SD40-2s 6144, 6157, and 6121. This is a Jackson, MS to Ferguson, MS manifest train which pulls into the yard to make a pick up en-route. The final scenes of it switching are on the tight curve which connects with the former Mississippi Central. 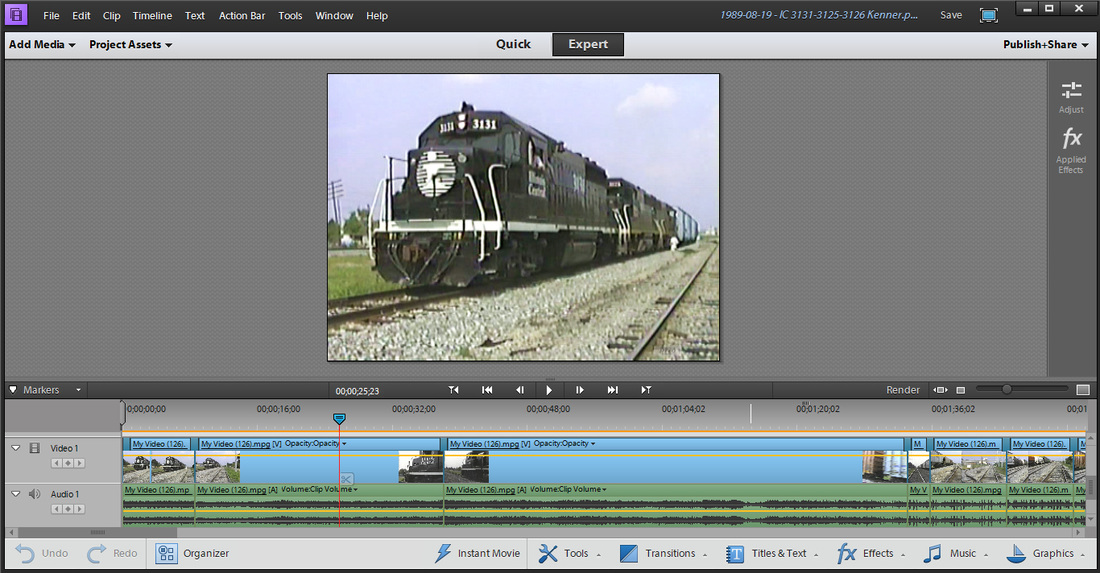